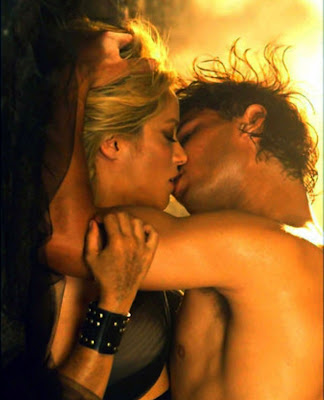 "You should know...if you come any closer I'm not letting you go."
-Ashton Kutcher to Natalie Portman in the
Romantic-Comedy "NO STRINGS ATTACHED"

Okay—so I didn’t go to the gym as originally planned today. Instead I took my Pac Bell Directory Account Collections Representative test. I passed with flying colors. I now have an assessment test on Thursday (of next week) for that job.

I went home and chose to lie down to some music when I decided to telephone Mark Landreth to learn what he was up to.
I asked Mark, “Are you in the mood to go into the City?”
“You know—that sounds like a good idea.”
I was happy that Mark agreed to go out with me.

We got lost in San Francisco. I was driving and lost my sense of direction. We finally found our way to Haight Street per the helpful directions of some lowly man who was walking his dog.

I lured Mark to the I-BEAM, a sort of mixed clientele dance club and bar.  It’s a hip place.  I like the music, too.

I met a girl named Bronwyn Duffy and her cousins from Australia and England. Bronwyn was really nice. She trains horses. She also works part-time in San Francisco at a Public Relations firm. We are to have lunch in The City one day soon (hopefully). 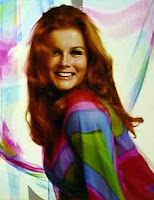 Bronwyn and I exchanged some “Hot Kisses”, so that was pretty nice.  I think my hair was standing on end from our "Hot Kisses".   That's what happens after a few drinks and some hot dancing at the I-BEAM.

Believe it or not Bronwyn Duffy reminded me a bit of actress Ann-Margret.  I like her “lots”.  The notion of her kisses makes me remember the idea of her even more.

"Don't be swept away now in the heat of the moment!"
-as heard while watching the NYC
Broadway Play "MARY STUART"